Bringing HOPE to those who are in darkness;

Bringing HEALING to those with emotional, physical, and relational hurts;

Bringing HOLINESS by following in Jesus' footsteps and showing a way of living that is radically different from what this world has to offer.

Cameron Walcott is the Pastor of The Cornerstone Michigan. He grew up in Clinton Township and always had the dream of pastoring a church in the area, until the age of 21 when God sovereignly called him to be a missionary to Asia. He moved to India in the year 2001 and spent most of the next 15 years ministering in churches, Bible schools, and orphanages in more than 20 nations. He moved to Singapore in the year 2005 and spent 11 years working with Cornerstone Community Church, ultimately serving there as the Missions Pastor. Cameron has a Bachelor’s of Theology from Zion University and is an ordained minister of Zion Fellowship International. 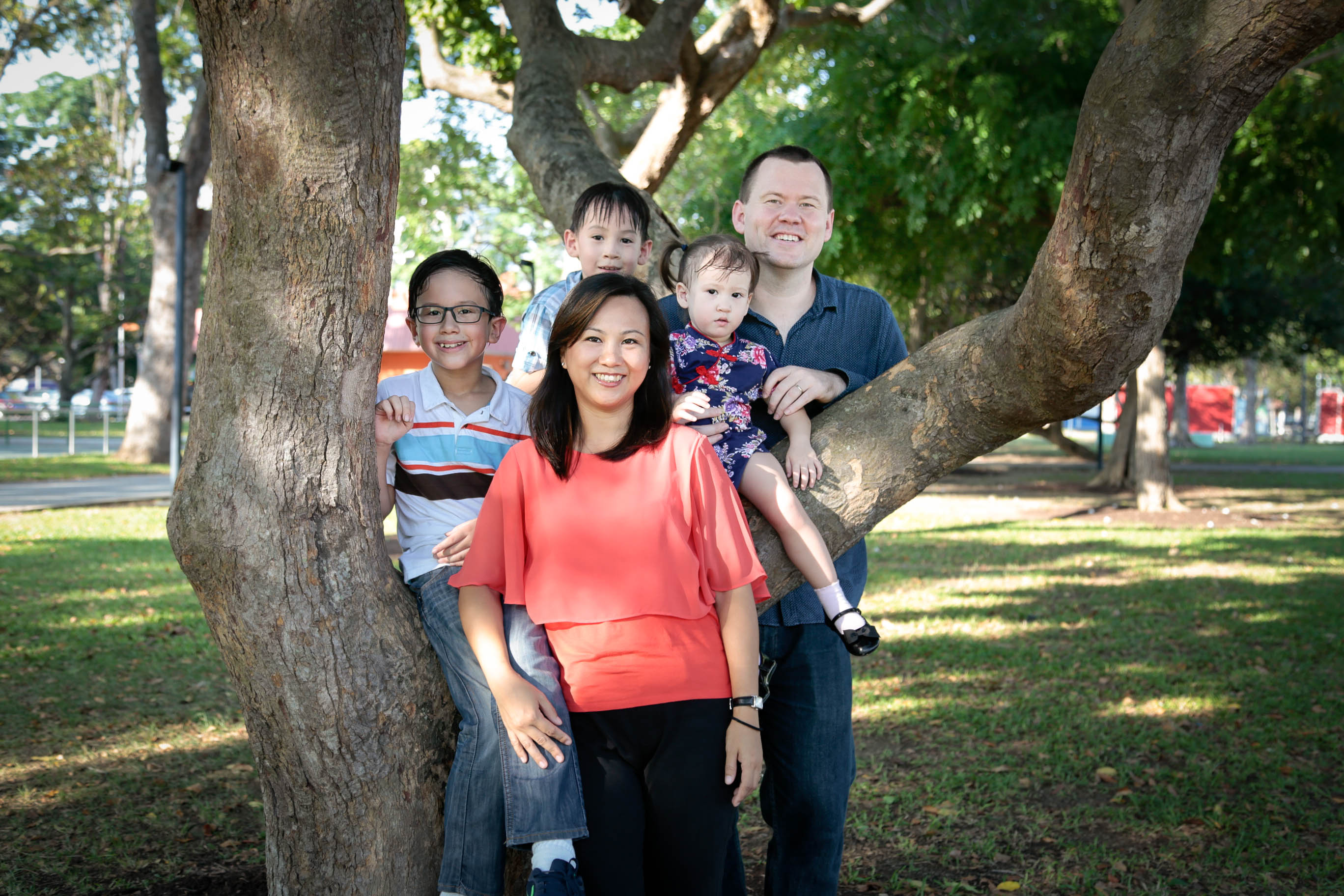 Delia Walcott is from the nation of Singapore. During her teen years, she had mighty encounters with God and developed a tremendous passion for young people and those in need. She became a leader in Cornerstone Community Church’s youth ministry and went on several mission trips around Asia. She also spent 10 years as a teacher in the Singapore school system, focusing her efforts on students who were falling through the cracks of the school due misbehavior or learning disabilities.

Cameron and Delia married in 2005 after meeting each other a few years before through unusual circumstances – Cameron had ended up as a “refugee” in Singapore after local distrust of Christianity had led him to be kicked out of one country where he was living and ministering. But what the enemy meant for evil, God meant for good in bringing them together! They have three children – Caleb, Evan, and Anna.

They moved back to Michigan in the last part of 2016 after feeling a call from God to plant a church in Mount Clemens.

Belief #1
In the plenary-verbal inspiration of the accepted canon of Scriptures as originally given. The scriptures are infallible, inerrant, and the sole and final authority for all matters of faith and conduct. 2 Tim 3:16; 1 Cor
Belief #2
In the Eternal Godhead who has revealed Himself as One God existing in Three Persons, Father, Son and Holy Spirit, distinguishable but indivisible. Mat 28:19; 2 Cor 13:14
Belief #3
In the creation, test and fall of man as recorded in Genesis; his total spiritual depravity and inability to attain to Divine righteousness. Rom 5:12,18
Belief #4
In the Lord Jesus Christ, the Savior of men, conceived of the Holy Spirit, born of the Virgin Mary, very God and very Man. Luke 1:26-35; John 1:14-18; Isa 7:14; 9:6
Belief #5
Christ died for our sins, was buried and rose again the third day, and personally appeared unto His disciples. 1 Cor 15:1-4; Rom 4:25
Belief #6
In the bodily ascension of Jesus to heaven, His exaltation, and personal, literal and bodily coming again the second time for His Church. John 14:2,3; 1 Thes 4:13-18
Belief #7
In the salvation of sinners by grace, through repentance and faith in the perfect and sufficient work of the cross of Calvary by which we obtain remission of sins. Eph 2:8,9; Heb 9:12,22; Rom 5:11
Belief #8
In the necessity of water baptism by immersion in the Name of the Eternal Godhead in order to fulfil the command of the Lord Jesus Christ. Mat 28:19; Acts 2:34-36; 19:1-6
Belief #9
In the baptism of the Holy Spirit as a real experience at or subsequent to salvation, with the Scriptural evidence, namely, speaking in other tongues as the Spirit gives utterance. Acts 2:1-4; 8:14-17; 10:44-46; Gal 3:14-15
Belief #10
In the operation of the Gifts of the Spirit as enumerated in 1 Corinthians 12-14 as manifested in the Early Church. 1 Cor 12-14
Belief #11
In the Spirit-filled life, a life of separation from the world and perfecting of holiness in the fear of God as expressing the true Christian faith. Eph 5:18; 2 Cor 6:14; 7:1
Belief #12
In the healing of the body by Divine power, or Divine healing in its varied aspects as practiced in the Early Church. Acts 4:30; Rom 8:11; 1 Cor 12:9; James 5:14
Belief #13
In the table of the Lord, commonly called the Communion or the Lord’s Supper, for believers. 1 Cor 11:28-32; Mat 26:26-28
Belief #14
In the reality and personality of the Devil and eternal judgement in the Lake of Fire for the Devil and his angels. Mat 25:41; Rev 20:14,15
Belief #15
In eternal life for believers John 5:24; 3:16, and eternal judgement for the unbelievers. John 5:24; 3:16; Mark 9:43-48; 2 Thes 1:9; Rev 20:10-15
Belief #16
That there is one true universal Church, made up of genuine believers, but this one universal Church is also composed of many local Churches in given localities. These Churches are under the sovereign Headship of the Lord Jesus Christ, exercising autonomous administration under Him, administering all its local affairs and ministry, as well as the propagation of the Gospel. Acts 15:22; with Mat 16:18; 18:15-20
Belief #17
That Government is ordained of God, and the powers that be are ordained as ministers of God to us for good. To resist the powers and the ordinances is to resist the ordinance of God. We are subject not only for wrath sake but for conscience sake, rendering to all their duties, custom to whom custom, fear to whom fear, honour to whom honour. We declare our loyalty to our Government and its leaders and will assist in every way possible consistent with our faith in the Scriptures as Christian citizens. Rom 13
Belief #18
That marriage is ordained by God and is a holy, life-long, faithful and monogamous covenant relationship between a man and a woman, “whom God created ‘male and female’ in His image”. Gen 1:27